Panama : the pilot country for the United Nations Fund for Climate Neutral Tourism

As part of the COP26 in Glasgow, agreements were reached between the UNWTO, the government of Panama and NOAH to establish Panama as the first pilot country to support the implementation of the United Nations Fund for Climate Neutral Tourism. This is an innovative financing instrument promoted by the United Nations World Tourism Organization (UNWTO) to respond to the problems related to the climate crisis.

Climate change is one of the greatest challenges facing humanity. With this agreement, Panama ratifies its climate leadership (one of three carbon negative countries in the world) and its efforts to conserve and regenerate nature and, at the same time, trigger economic growth through tourism that benefits local communities.

Together, the UNWTO, the government of Panama and NOAH will support the creation of a Capital Fund that will enable the UN Climate Neutral Tourism Fund, and the creation of a Smart Carbon Trading Marketplace, led by NOAH along with UNWTO, to empower the exchange of carbon credits in the most efficient way.

These projects are part of UNWTO’s commitment to transform the tourism sector – in cooperation with the UN system, international organizations, UNWTO Member States and the private sector in general – to accelerate the decarbonization of the sector.

As for the specific initiatives in Panama as pilot country, NOAH will prepare a study in coordination with the Ministry of Environment to estimate “blue carbon” stocks in mangroves and seagrasses in protected areas of the Republic of Panama, as well as carbon stocks in wetlands. NOAH will also establish in Panama the headquarters of an international Intelligent Carbon Exchange Market (MIIC for its name in Spanish), as established in a previous Memorandum of Understanding signed between UNWTO and NOAH.

In this way, UNWTO, NOAH, and Panama ensure the transition to an emission-free tourism industry focused on improving people’s lives, securing increased prosperity for the tourism value chain. 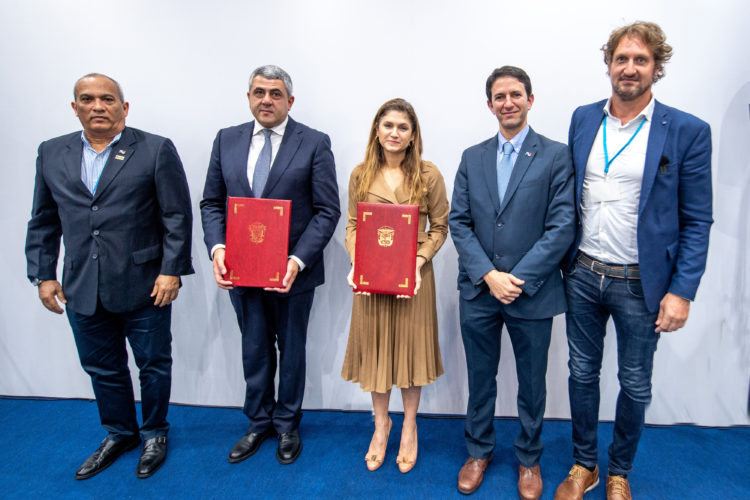 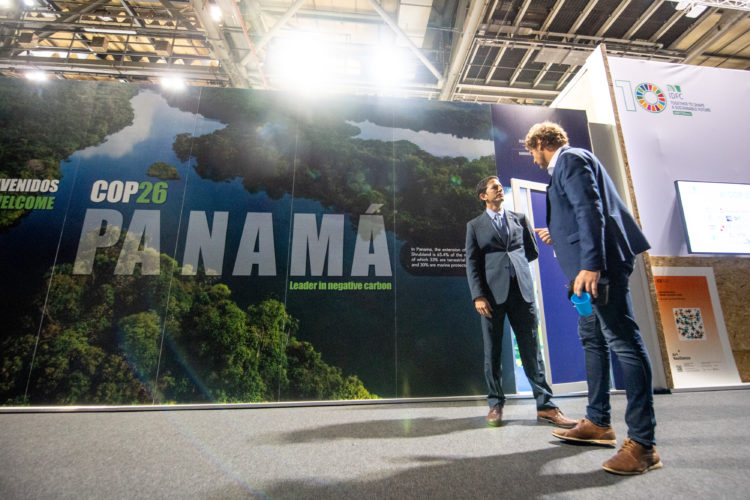 Frédéric Degret (NOAH Founder) and Iván Eskildsen (Minister of Tourism of Panama), talking in front of the Panama pavillon. 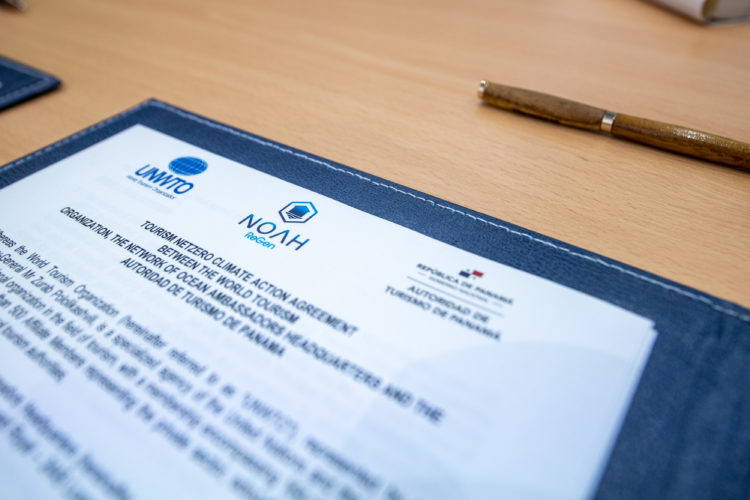 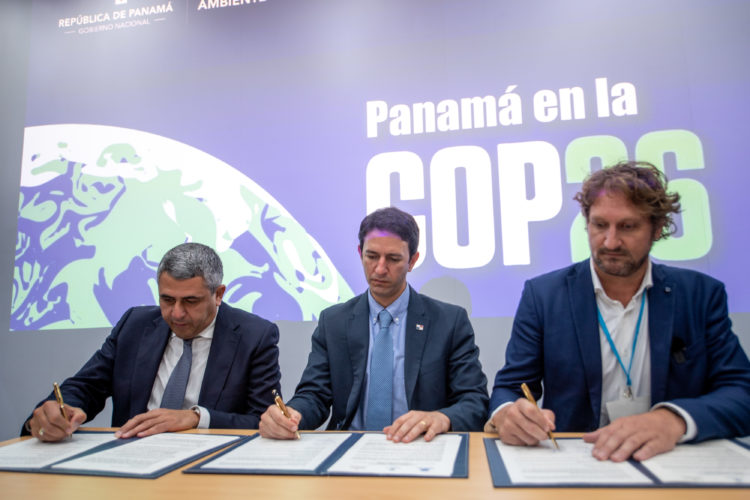 PRESS TALK ABOUT IT :

Official declaration of the PANAMA government